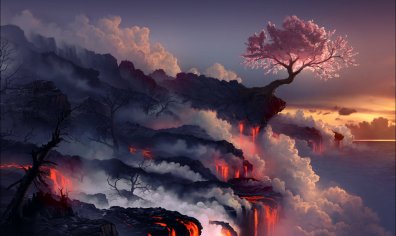 When we went to our first therapy session, I never imagined it would turn into the Boyfriend Show. I liked the therapist. Although almost 40, she appeared much younger with her face made up and stylish blond hair. At first, he didn’t want to see her based off her profile picture. He didn’t want someone attractive judging him. I had chosen her because she had all the right credentials including addictions and couples therapy.

She was not your typical listen-without-judgment-therapist. She reacted surprised like a friend would react upon hearing startling information. My boyfriend talked and talked almost the entire session about the incident, his history with alcohol, low self-esteem, and his compulsion issues. I was left to sit quietly by while he laid bare his upbringing and boundary issues. When the therapist said, “I don’t know this woman, but she sounds like a predator,” I couldn’t have agreed more. She is a predator, but he was the one who lied to me for over a year. I cannot explain why seeing him in tears did not move me as it should have. I can only suspect that I was still in shock.

After we left therapy, I did not feel any better for it. She said she would recommend a therapist for me if I felt like I needed one. She genuinely seemed much more excited by the prospect of working with him. He had a lot of personal issues to work through before we could even begin couples therapy. Until I knew the results of the paternity test, I didn’t know how to process my feelings. I was stuck. When I dropped him off at work, I was rigid while he gave me a hug.

I went home and tried to sleep for a few hours. I had stayed up well past my night shift bed time hours. He called me on the phone which was rare. I wasn’t sure if he was asking if he could come over or if he was telling me he was coming over.

“Should I be worried?” What a stupid question. Of course I should be worried. Why would he come over a few hours after therapy when he had to work in the morning? I only asked the question to fill the space.

“This will be our last conversation.”

I said okay and hung up. My mind was blank.

When he arrived, he smashed my already writhing heart.

“I need to break the cycle. The only way that I am going to get better is if I tell the whole truth. With you sitting across from me in therapy, I wasn’t able to come clean to the therapist either. When we were broken up, I slept with the other woman twice, not once like I had told you. Then last summer when she came into my room after the bar? That was true. I don’t remember sleeping with her then. She did rape me. The part I didn’t tell you is that we had slept together the week before that. I remember that time. I had been drinking. When I realized what was happening and things had gone too far, I stopped and asked her to leave. I tried avoiding her the remainder of the time she was visiting. I thought I had been successful until I found out a few months later about her crawling into bed with me when I was passed out.”

He had cheated on me. He had lied about sleeping with her more than once when we were broken up, and then he covered up an affair. He was feeling guilty because I had been so supportive about the sexual assault. He was complicit in more than he had let on. I still believe the original night in question was rape. The part I cannot forgive is he slept with her before that and covered it up. Sleeping with her that week likely made her believe they had something going on especially with their past history of hooking up when we were broken up. He lied on numerous occasions about their relationship. I was done. This was not salvageable. What steps would I take now? I did not have a lot to say. I asked what questions I could think of, then I sent him home. I knew that it would just turn ugly with me berating him out of anger.

After it had time to sink in. I sent him a scathing e-mail telling him that both of them were homewreckers. He played his part when he slept with her while we were apart. I was disappointed in his friends and family for covering this up. I wanted to know who knew, and if anyone suggested that he come clean at any point. I wasn’t worried about the kid being his anymore. It would no longer affect me. Of course I was still curious, but I had no investment in it either way. Since we didn’t have kids together, staying together for the children was not part of my reality. We were never married, so getting out would be easier.

I wanted to know so many things. What are the realities of males being raped by females? What are the logistics of paternity or relinquishing your rights to a child? How long does it take to stop feeling betrayed? Why do men cheat? What are the best arson accelerants? Okay, so I’m kidding about the last one. I wish I were the type to get so angry that revenge was on the To Do List. Unfortunately, I’m generally very calm and rational. I know that burning his clothes on the lawn or punching her in the face wouldn’t undo what had already been done. As for him, the one who was responsible for my feelings? I know he’s suffering. He may be the father of a kid he doesn’t want with a person he doesn’t even like; thus, causing him to lose the one person that he always said made him a better person. If I made him a better person and that was all he had to offer the world, I guess I failed. I shuddered at the thought of who he might have been had I not brought him this far along.

The bomb had went off when I found out he secretly might have a child. Fearing that not enough damage had been done, he circled back and torched the earth, salting it on his way out so that nothing more would ever grow.